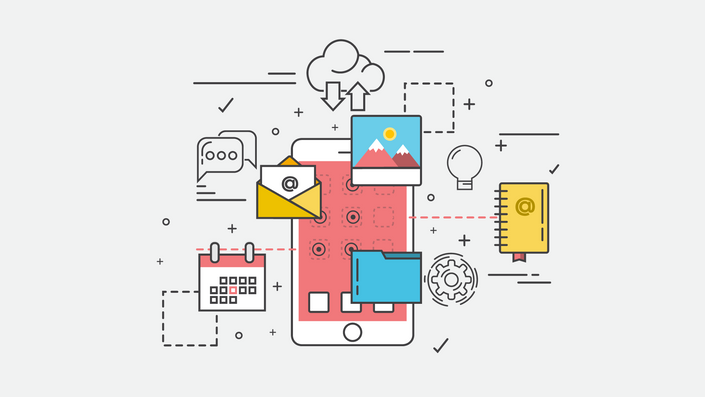 Learn how to build and deploy an Express & MongoDB Node.js API to Amazon EC2 and integrate it into an iOS application.

Stop just being a mobile developer.

Most mobile applications need to be powered by a server running on the backend. Popular application development courses shy away from teaching new developers how to build their own servers, and instead turn to backend-as-a-service providers such as Parse and Firebase to do the work for them. The problem with these solutions is that often you’ll hit some roadblock while developing your app that these backends can’t help with, or even make more difficult to solve.

To be a flexible and powerful developer who’s capable of building world-class applications, you need to understand how they work across the full stack: from the iPhone in your hand, to a server and database running in another country. My course is designed to show you how to become your own backend service provider and free yourself from frameworks designed by others who can’t possibly understand your specific needs.

We’re going to start by building an iOS application that relies on a local Node.js server for user registration/authentication and storing user information. Our iOS app will allow users to maintain a to-do list on the server, which they can access from any device. The backend will be powered by a Javascript server framework called Express.js and use a document-oriented database called MongoDB. These technologies enable developers to quickly prototype and develop applications in a flexible manner.

We’re then going to deploy our Node.js backend onto a live production Linux server hosted by Amazon EC2 (Elastic Compute Cloud). This will truly be a production-ready backend – websites including Netflix, Pinterest, and Reddit run on Amazon Web Services, and you’ll find it significantly cheaper than Heroku.

Building the backend to your applications is satisfying and rewarding; when you can develop for the full stack you become a profoundly more flexible and competent developer, so let's get started.

I have more than three thousand students on Udemy, and care about teaching intermediate programmers about the open-source software available to make any dream-project a reality.

When does the course start and finish?
The course starts now and never ends! It is a completely self-paced online course - you decide when you start and when you finish.
How long do I have access to the course?
How does lifetime access sound? After enrolling, you have unlimited access to this course for as long as you like - across any and all devices you own.
What if I am unhappy with the course?
We would never want you to be unhappy! If you are unsatisfied with your purchase, contact us in the first 30 days and we will give you a full refund.
off original price!

This course is closed for enrollment.